An essential part of our client communication programme, keeping you right up to date with what we think about the issues affecting our clients. 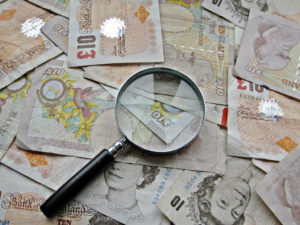 On 1st April the National Living Wage (NLW) for workers aged 25 and over increased from £7.20 to £7.50 per hour. The National Minimum Wage (NMW) also increased:

HMRC have compiled a list of ten of the most bizarre excuses used by unscrupulous bosses found to have underpaid workers the National Minimum Wage:

The increases on 1st April mean that by law, all workers must be paid at least £7.20 an hour if they are aged 25 years and over, or the National Minimum Wage rate relevant to their age if they are younger.

If you need any help or advice to make sure you are properly complying with the minimum wage regulations, please get in touch.

Whether you are starting a new business, think you may be paying too much tax, are struggling with payroll or self-assessment, or simply want to chat to another business professional, there’s never been a better time. Let’s meet – your place or ours - and have a chat.